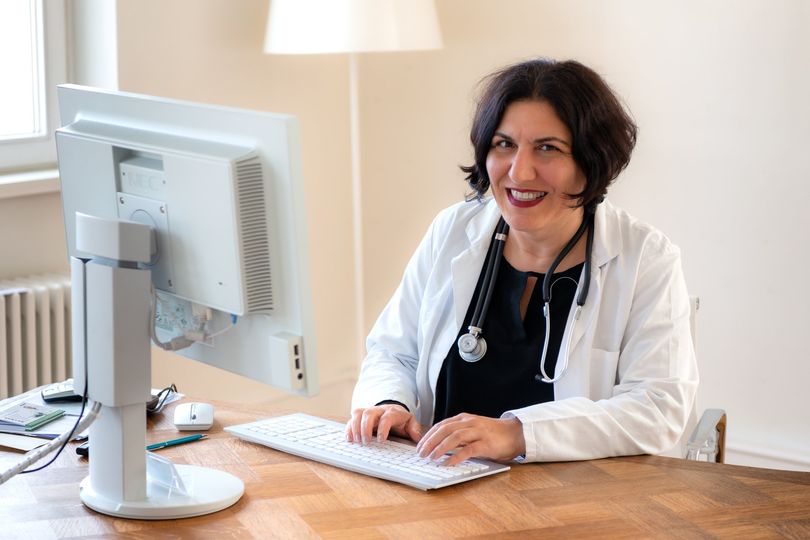 Katie Constantinou studied medicine in Heidelberg, Germany, where she graduated in 1996. She holds a PhD from the University of Heidelberg with the degree Magna cum Laute. Subsequently she did her residency at the University Hospital Salem, Heidelberg and obtained a two-year residency in Pathology with a specialization in Diabetology as well as the Qualification Diabetology of Germany. He trained in a hospital under the auspices of the renowned, for those dealing with Diabetes, Prof Nauck. He holds the subspecialty in Medical Nutritionology of Germany since 2009. She has attended multinational conferences for her PhD such as in New York at the Rockefeller Foundation as well as in Annecy, France and various diabetology conferences. She is a member of the German, Austrian, American, Greek and Cypriot Diabetic Societies. He is also a member of the German Society of Internal Medicine and the Medical Nutrition Society of Germany. Since 2004 she has been in private practice together with her husband Prof. Dr. Ulrich Simanowski also a specialist in Pathology, Gastroenterology and Hepatology. In their practice at 19A Stygos Street in Limassol they are at your disposal for all your needs in the specialties of Pathology, Gastroenterology, Hepatology, Diabetology and Nutrition.